My ancestors were Dutch.  As a people, the Dutch are known for finding joy in little things, and for their expertise in collaborating with others.

They are also known to excel at water sports.  I can claim that, too!

Since I often notice little things that other people don’t, necessarily, I thought that especially in this weak economy, others may find it useful.  Noticing little things costs nothing.  You don’t even need to put gas in your car.

While waiting for appointment in a large waiting area, I noticed a small boy going up and down the steps, holding onto the lower of 2 railings, just right for him.

A few minutes later, he was all the way across the room trying to work the water fountain.  He would push the bar on the front, then move the same hand under the spout.  Oops… that didn’t work… I’ll try again!

His dad was right there watching.  He let his son try a few times, and then helped him out.  Dad picked up his son and pushed the bar himself.  The child reached out to feel the water run over his hand.  He ooohed and aaahed repeatedly!

The first thing that went through my head:  “I walked past that very water fountain five minutes ago without giving it a second thought.”

Last week when I went out for dinner, a little girl and her grandpa were in seated in the next booth.  She was drawing a yellow rabbit with blue ears, and he was admiring it.  And when her voice went high because she was excited about something, his voice copied hers.

After that, a father and his young daughter were crossing the parking lot in the pouring rain.  They didn’t have umbrellas.  The father jumped smack in the middle of 2 puddles before the little girl did!  She hesitated for a second, looking at him like he was crazy.  And then she enjoyed jumping in.

Birds sing outside my open window.  Somehow that always surprises me, and I love it.

Ice cubes dropping into my metal water bottle caught my attention.  With each additional cube, the sound is different.

Eye-catching photographs appear often in The New York Times.  Sometimes I remember to cut them out.

When I’m practicing, one particular chord progression will make a special impression on my ear.  Sometimes overtones do that, too. 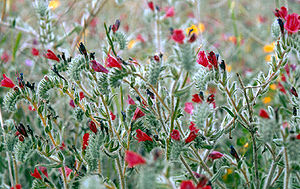 Maybe if we noticed the little things, we would be a lot happier.

Learning a new piece?  New program?  Heading back to school?  Looking for teaching ideas?  Then this is the perfect time to read “Goal-oriented Practice:  How to Avoid Traps and Become a Confident Performer!”